Mushrooms Project is Giorgio Giri and Marco Lentano, producers and serial collectors of vinyl with a common passion for dj’ing and for any type of music whatsoever. The project came into being in 2003 when Giorgio, a punk band drummer and vinyl collector with a strong preference for anything from psychedelic rock to Afro, meets Marco a deejay since 1994 who mixes every possible kind of dance music; from afro to house, passing through techno and progressive.

The first step was to put their affinities together and create a dj duo with a strong experimental and eclectic inclination. In 2006 Marco and Giorgio move into more slo-mo sounds, offering low bpm music with psychedelic influences but also taking in funk, pop, afro and disco house. The following year the duo turn to producing their own music and get noticed by Stevie Kotey and Paul Murphy who push them to their first release.

Bear Funk, Electric Minds, Under The Shade, Tirk, Pizzico, Slow Motion, Is it Balearic!, Uber, Hell Yeah!, Leng, Jansen Jardin, Ene Japan have all released music by the Mushrooms and these labels mark their first ten years of production activity.

2013 saw their debut album ‘Undergrass’ released on Leng Records, which was a continuous evolution of their sound elaborated in close contact with other musicians.

In 2015, Ivan King, a talented guitarist who had collaborated many times with the Mushrooms Project, became an integral part of their productions.

Mushrooms Project have now dj’ed across the world and are known for their hallucinating and all encompassing music that is made using live instrumentation such as guitar, bass, synth and percussion to create a “dirty” but unique insight to the very long, deep, mesmerizing and unusual minds of the Mushrooms. 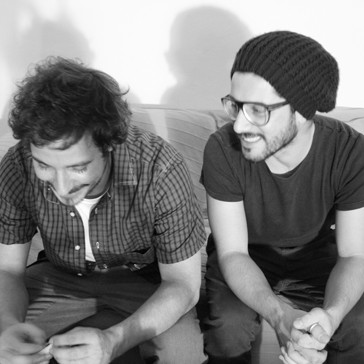