Mark and Stuart met each other waiting outside the school gates to pick up their daughters, the pair soon found out they had more than 5-year-old daughters in common. A love of analogue synthesisers, drum machines and records quickly took over the school gate small talk. It didn’t take long for them to get into the studio, and for Quarry Hollow to be born.

The path leading Stuart to this point began in the late 80’s when he was introduced to dance music at Harri & SLAM’s legendary Atlantis night in Glasgow’s Sub Club. Soon afterwards guitars were hung up in favour of Synthesisers, 909’s and samplers and a trip into the Soma studios.

The Sub club would become Stuart’s second home for many years, in this time taking in every DJ you would ever want to hear from Atkins to Weatherall. Stuart started playing records in clubs and bars in and around Glasgow and as co-owner of Crash Records, supplied records to Djs in Glasgow including Jonnie Wilkes and Dominic Cappello. During this period he released records as Tiafro and joined forces with Teenage Fanclub’s Brendan O’Hare and Superstar’s Neil Grant to from Liminal, an experimental electronic live project released on Dave Barkers God Bless label. Influenced by the likes of Neu, Can and Detroit techno Liminal played a few explosive live shows in Glasgow including a still in its infancy Optimo Espacio at the Sub Club. Liminal split to the four corners of the world. After moving to Oxford Stuart’s next project was the laid back stripped down electronic meets acoustic songs of Abacus Roolz, who had tracks synced for the Cannes nominated film Summersault and Australian TV series Devils Playground. Stuart has been writing, recording and producing from his Oxford Studio SHONK where he has worked with the likes of Californian psychedelic power pop genius Anton Barbeau and Stornaway. And as songwriter and front man of his other project BURNINGBeeS featuring Ride keyboard player Nick Moorbath, Sinead O’Connor’s bass player Spike Hollifield, John Peel favourites Samuri 7 singer and guitarist Simon Williams and Candyskins drummer John Halliday.

Marks musical history grew out the underground house scene in the west midlands from the mid 90’s to the present day. Becoming an obsessive record collector and regularly party-goer it wasn’t long before his own productions of mainly disco edits started to emerge. Holding residencies in both Wolverhampton and Birmingham, Mark was starting to gain attention from further a field, regularly travelling to Europe, USA and Australia as a guest DJ. Following Two LP’s with American label Spectral, over 20 releases on his own label MERCMUSIC, and numerous releases with respected labels such as Golf Channel, Running Back, Futureboogie and ESP a move to Oxford found him developing new musical relationships, firstly with brother-in-law Nat Woodcock, the two released 2 EPs under the name “Project E”, this soon developed and the addition of Stuart solidified the working relationship and “Quarry Hollow” was born.

Quarry Hollow is an eclectic groove driven forage into the wonky playing of 1st takes and draws on influences across the board, nothing except ‘the formula’ is off limits. 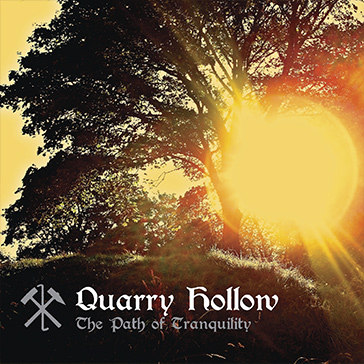