Tiago Miranda is one half of Mendes & Alçada (Claremont 56), Slight Delay (Rong/Eskimo), and alongside DJ Kaos records as T&K, who released ‘Mucho Swash’ on Italians Do It Better towards the end of 2009.

Tiago went on to release tracks on DFA, Ene & Hands of Time as well as ‘The Source’ for Leng Records which is considered to be his finest work to date. He lives on the coast in Portugal and, as well as dj’ing all over the world, he has maintained a weekly residency at Lisbon’s club Lux for the last decade. 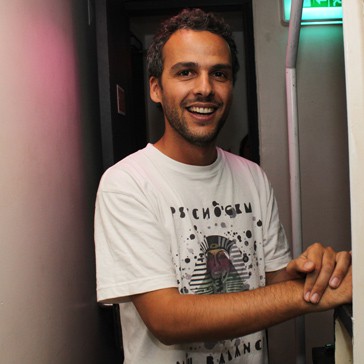