Out of The Blue compiled by Phil Mison

Over the years, Phil Mison has become the go-to selector for those looking for Ibiza-themed compilations. None of his previous collections, though, have been quite as personal as Out Of The Blue, a compilation inspired by his first spell behind the decks at the Café Del Mar in 1993 – and the remarkable chain of events leading up to it.

Mison made his first trip to Ibiza in the summer of 1991 and quickly fell in love with the magical music being played by Café Del Mar resident DJ, Jose Padilla. On his return to the UK, Mison began to cultivate his own take on the laidback, open-minded style, recording mix-tapes of “Ibiza style chill out” tunes to give to friends.

In November 1992, Mison was hanging out in Tag Records, Soho, when Padilla walked in. He plucked up the courage to speak to the Spaniard because earlier that summer Mison had given one of his friends some tapes to take out to Jose in Ibiza so he wanted to see if he had got them. During the conversation Mison invited him down to his next DJ set at Nicky Holloway’s club, the Milk Bar and less than three months later, and clearly impressed by what he’d heard on the tapes, Padilla invited Mison to fill in for him at the Café Del Mar, beginning in April ’93.

It’s that first trip to DJ in Ibiza – a crazy six-weeks spent dividing his time between spinning records at Café Del Mar, hanging out in Jose Padilla’s house in the hills, and meeting some particularly eccentric White Isle residents – that proved the inspiration for Out Of The Blue.

The compilation contains a mixture of records that Mison played in his earliest Ibiza sets, those that remind him of that period, and recent discoveries that boast a similarly warm, loved-up vibe. Mison is at pains to point out that it’s not a track-for-track representation of his first sets, but rather a collection inspired by this most momentous of experiences.

As you’d expect from a selector of Phil Mison’s standing, Out Of The Blue is an outstanding collection. Some will no doubt hear the influence of his mentor – the man he credits with effectively turning his DJing career around – in the undulating rhythms and new age melodies of Kamasutra’s “Sugar Step”, the meandering synthesizer solos and Spanish language vocals of Congarilla’s sublime “Sacred Tree”, and the lilting flamenco guitars of “Gambarra”, an unreleased mix from Mison’s popular Cantoma project.

Out Of The Blue may well be a very personal selection of tracks celebrating a moment in time, but it’s happily one that we can all enjoy. 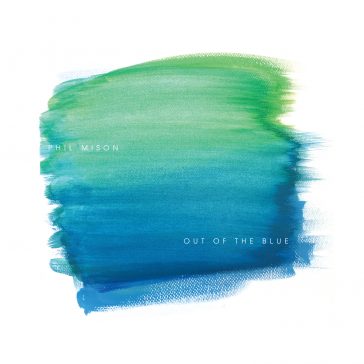