It’s rare to come across a debut album that delights and surprises in equal measure, but that’s exactly what you can expect from Human Call, the first full-length excursion from daydreaming dancefloor fusionists Earthboogie.

The East London-based duo of Izaak Gray and Nicola Robinson has previous form when it comes to creating beautiful, funk-fuelled fusions of soundsystem-ready rhythms, humid instrumentation and intergalactic audio explorations. To date, they’ve released a pair of fine EPs on Leng, both of which did a splendid job in showcasing their unique musical vision.

Even so, this vision has never been clearer than it is on Human Call, a vibrant eight-track missive that fixes the sticky tropical cheeriness of African and South American dance music – be it Afro-disco, Afro-funk or samba – with a wide range of complimentary sounds, styles and influences, from spacey analogue electronics, sun-kissed Balearica and hazy West Coast jazz-rock, to chunky dub disco, snappy retro-futurist house and bouncy, dub-fuelled club workouts. 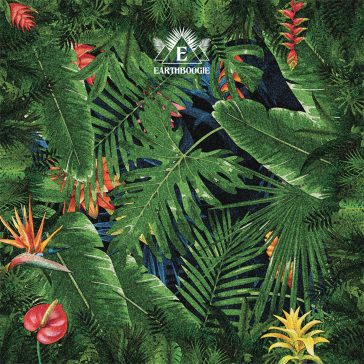