With a passion for disco, italo, Chicago house and Detroit techno Patrizio Cavaliere aka Rocco Universal has been collecting music for the last two decades and it’s these musical influences that have shaped his raw, tripped out disco/house production sound. ‘Tiny Islands’, his debut release for Leng, is a real melting pot of rich melodies over a thick baseline and is a clear example of Rocco’s passion for the dancefloor.

With something as multi layered and deep as the original track it needed Ray Mang to add his trademark sound to the remix. Here he goes straight for the jugular drawing out some of the loops and percussion leaving no mistake as to when this should be dropped on the dancefloor. 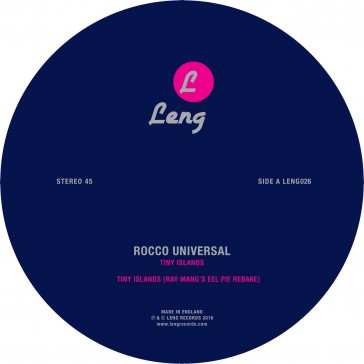