Joining the dots between Brazilian musical culture and the sonic melting pot that is New York City, Saidêra are a trio on the rise. They’ve already released a pair of critically acclaimed, carnival-ready singles on Brooklyn’s Let’s Play House label and are now ready to make their debut on Leng Records.

The band’s roots can be traced back to a trip that Lemonade band member Alex Pasternak made to Brazil in 2014. While DJing at a house party in the bohemian Rio de Janeiro neighbourhood of Sta Teresa, Pasternak was left gobsmacked when a mysterious local singer/sambista Vadinho Freire, grabbed the mic and started freestyling lyrics and melodies over his set. Realising their instinctive musical connection, Pasternak and Freire decided to work together on some music, with New Yorker Le Chev joining them to complete the Saidêra trio.

Now based in Rio and California, the group’s sun-soaked sound – which they describe as “samba disco-Afro melody” – is a cross-cultural stew in which infectious Brazilian percussion, colourful synth sounds, glistening guitars and celebratory vocals combine to create magical, life-affirming musical moments.

‘Luzes Da Cidade’, their first outing on Leng, encapsulates all that’s good about the Saidêra sound and the trio’s approach to music. The song is about identity and connection and in its original form is languid, loved-up and joyous, with acoustic and electric guitars, Portuguese vocals and Korey Riker’s gently breezy flute solos rising above a squelchy synth bassline and energetic, sweat-soaked samba drums.

To round off the EP, Saidêra have delivered a brand new “Uprockin Dub” of debut single ‘Deixa Tudo Fluir’, this time with female vocals from Irina Bertolucci taking the lead. Brilliantly kaleidoscopic sonically, with dub delay-laden vocals, guitars and flutes, it’s a superb, life-affirming Balearic reggae interpretation of a now familiar favourite. If you’re not singing along with the chorus after your first listen, we’d be very surprised. 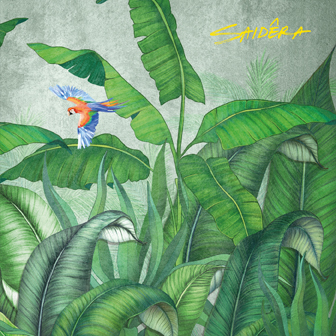