Two of Russian electronic music’s rising stars, Phil Gerus and Alexander Lay-Far, invite you to join them at the Solitary High Social Club. While table service is provided, they’d much rather you throw caution to the wind and head to the dancefloor.

Before joining forces in the studio, both Moscow-based musicians have delivered a string of memorable solo productions. Lay-Far has previously released a wealth of material on such labels as Local Talk, City Fly, Lazy Days and 4Lux Black, while synthesizer fetishist Gerus has showcased his electrofunk and disco-fired cuts on Futureboogie Recordings, Sonar Kollektiv, Public Release and Superior Elevation Records.

The five tracks that make up Solitary High Social Club deliver a perfect marriage of the two producers’ distinctive solo styles, combining the rich musicality of Lay-Far’s house productions with the spacey, intergalactic electronics of Gerus’s discoid adventures. In many ways, it’s a marriage made in heaven – or in Lay-Far’s celebrated In-Beat-Ween Studio, at least.

As for “Snowflakes On Her Lips”, you’ll struggle to find a more confident and positive dancefloor workout all year. Blessed with killer piano parts, darting analogue synth-bass and a range of disco-tinged musical flourishes, it’s by far and away the most celebratory moment on an already happy-go-lucky EP. It confirms, too, our initial hunch: at the Solitary High Social Club, life is always good. 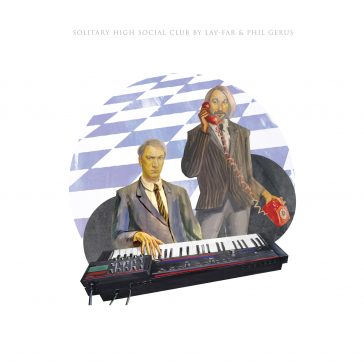